The Underworld In The Xeno-Meso Setting


The Underworld in the Xeno-Meso setting of the Sixth World is similar to the chaotic, fluid Mayan underworld of Xibalba.  It is a far more disorderly place than the Aztec's more lawful and orderly place of the dead, Mictlan. Nobody comes to the Underworld in Xeno-Meso expecting a fair, predictable, orderly place of judgement. They expect to be tricked, deceived, and mocked. It is a difficult place to get out of, and the world of the living is in a constant state of vigilance against the contamination of the Sixth World by things from the Underworld.

The Underworld in Xeno-Meso is a chaotic, fluid network of spaces. Far from a straightforward place of stillness and death, the place has a life of its own. You can enter the Underworld from almost any cave that continues underground for some time. A sure sign you are on the right path is that the deeper you go, the more mud and water you encounter. Eventually the journeyer will encounter underground pools, lakes, and rivers.

The rivers transform from water into flows of scorpions and centipedes, pus, and blood. Eventually one encounters places where the rivers cross. There will be outposts, temples, fortifications, palaces, places of trial and torture, banquet halls, and ball courts in places like these.

And the Lords of the Underworld themselves.

Once upon a time, the Lords of the Underworld were unified and hierarchical. That was long ago, before the Hero Twins descended into the Underworld and sowed disarray among the Lords there.  Now each place in the Underworld where rivers cross is a node in an ever-shifting network of monsters, demons, and Lords. Each node enters into alliances with others, and these constantly change.

The Lords of the Underworld have no permanent allies or enemies, only permanent interests. Those who would bargain or trade with them should keep this in mind.

The Underworld is unmappable. Or at least the maps change very frequently, so check your guidebooks often. There are spells which facilitate this fluidity, and help to expand the reach of the Underworld, such as the one which follows. 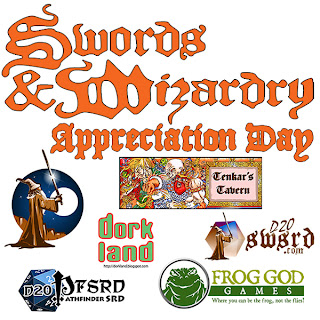 The caster recites a prayer to the Lords of the Underworld, while holding an Egg from one of the Underworld Lords' minions. Once the Incantation is completed, which takes 3 turns, the Egg is placed in an underground pool of water or an underground stream. A continuous stream of scorpions or centipedes, puss or blood flows out from the Egg, and seeks to connect with the nearest node of Underworld life-energy.

The stream radiates out 1d100' per hour until it connects to another node. Each time the Invocation is cast, another stream of the same kind radiates out from the Egg in search of another node. Once the Egg has connected to three nodes, it will form a pool of the same substance with a width of 3 + 3d12 feet and a depth of 1d6 feet.

With each Invocation thereafter, the caster may either expand the pool by a similar amount (i.e., roll again to increase the pool's width and depth) or the new node sends out another river of the same substance in search of another node.

Dispel Evil may be used to reduce or eliminate the node and/or interrupt the flow of a stream.
Posted by Tallgeese at 2:44 PM