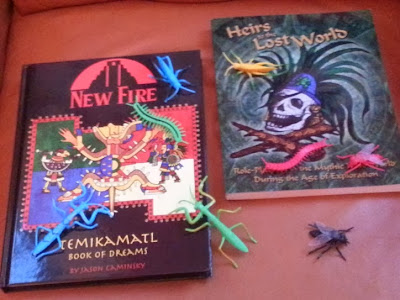 If you are going to run a game of Heirs to the Lost World, the New Fire, or are planning a Xeno-Meso or Hollow Earth Expedition adventure, you'd do well to pick up a $1 bag of creatures from the local dollar store. The Aztec and Mayan Underworlds are filled with bug-like creatures - especially centipedes. You may actually want a few bags of them. 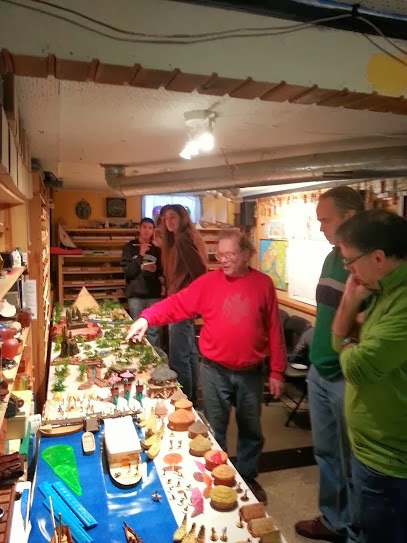 For example, on Saturday, I played in one of Jeff Berry's wonderful Tekumel miniatures games where a big collection of bugs from dollar stores came in quite handy. I was playing a high-level priestess of Ksarul, up in the howdah of one of these wonderful Sro dragons: 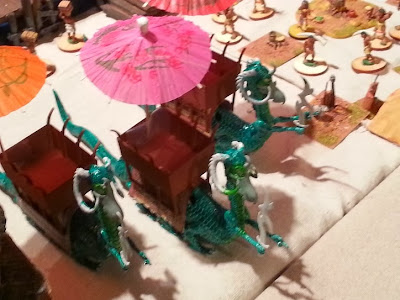 At a certain juncture in the battle, it became necessary expedient amusing to summon some of Lord Ksarul's spider-like demon servitors in order to dispatch some of the Pe Choi and Shen who were harassing us. I didn't do too well on the roll, so Jeff told me I had summoned 13 demons who were not spiders. So out of the huge bug supply box came all kinds of other demons: centipedes, ticks, beetles, scorpions, a dragonfly, even a squid (freshwater/ambulatory/arboreal).

So don't leave home without your dollar store demons!

Posted by Tallgeese at 8:42 AM