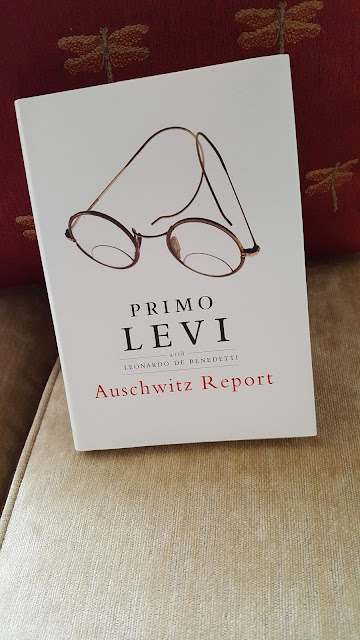 The Auschwitz Report is a brief report prepared at the request of Soviet authorities after the liberation of the concentration camps that made up the Auschwitz complex. The authors are two Jewish concentration camp survivors, the young chemist and former anti-fascist partisan, Primo Levi, and a doctor, Leonardo De Benedetti. The original title of the report was "Report On The Sanitary and Medical Organization Of The Monowitz Concentration Camp For Jews (Auschwitz - Upper Silesia)".

Monowitz was a labor camp, not an extermination camp like Auschwitz proper, but conditions were nevertheless as brutal as you might expect. The tone of the report is clinical, as one might expect of a chemist and a doctor, but does a good job in its details of showing how cruel, hypocritical, and murderous the Nazi regime really was.

This was the first book in Primo Levi's literary career, and fragments of this text can be found within Levi's other texts on the Holocaust and the resistance to the Nazis.

A friend asked me if this wasn't the wrong thing to read right now. I disagree. As miserable as things are right now, they have frequently been worse for people. The Auschwitz Report is also a potent reminder of the need to act against evil in all its forms.
Posted by Tallgeese at 6:27 PM