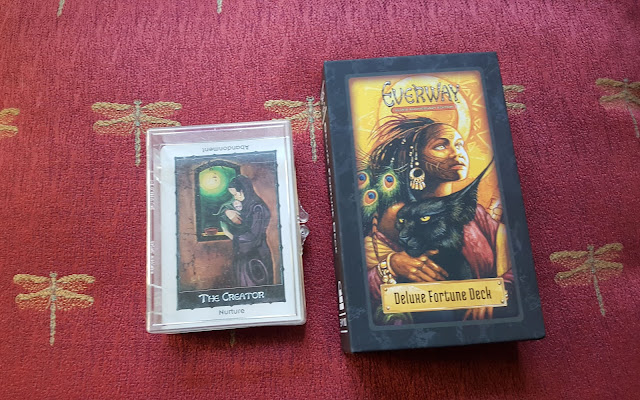 Yesterday, my Deluxe Fortune Deck arrived for Everway Silver Anniversary Edition. I'll actually open the box a bit later, but for today I am sharing the form factor and appearance of the box. The cards themselves are probably about twice as large as the original Fortune Deck cards. They will be a lot easier to see around the game table, and MUCH easier to share in an online game, by holding the card up to the camera. Just imagine how great they must look out of the box! 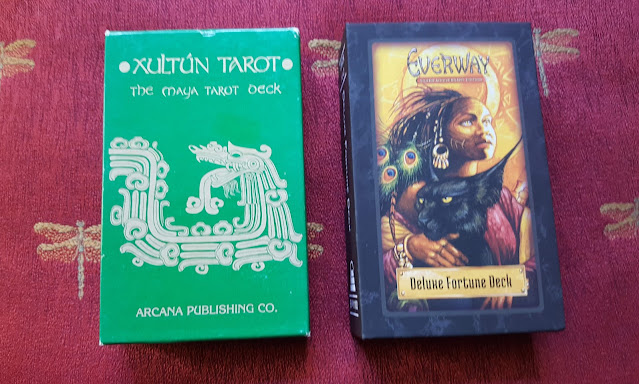 The deck box is very similar in size to the box for a standard Tarot deck. The Fortune Deck works in analogous ways to a Tarot deck, including: 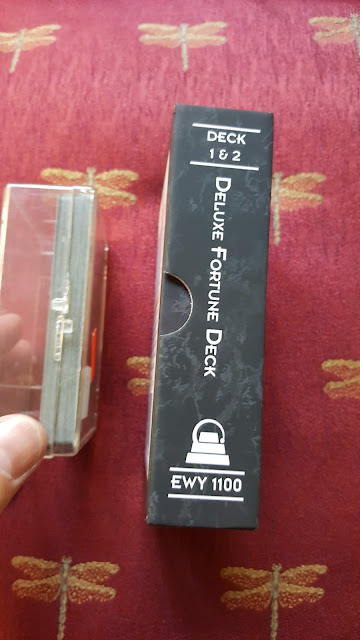 The box will be easier to open, due to the side notches. I like the icon of the Walker's Pyramid. The lettering reminds me of RuneQuest: Roleplaying in Glorantha, so it evokes other settings that I have loved for decades. The box needs to be wider than the original Fortune Deck would have required because it contains more than the original 36 Fortune Deck cards: there is also a 41 card Season Deck within the box. Divided into four suits, these cards expand on the Fortune Deck adding the dimension of time and additional setting flavor - a suitable Minor Arcana for the 36 "majors."

I might add that the box has a very nice matte finish.

Over the next week we'll unbox the box (as it were) and begin to explore things we can do with this new set of cards.