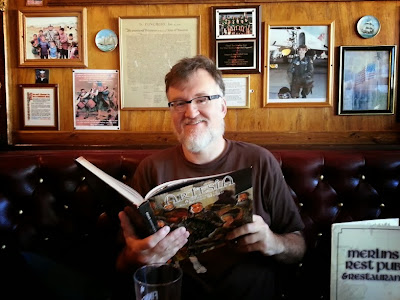 It is once again Read an RPG Book in Public Week, and this time around we thought The Everwayan should participate.  The RPG book we're sharing  is Mark Smylie's wonderful Artesia RPG, based on his equally remarkable Artesia comic book series. The game is a marvel of worldbuilding, as only an artist can do.

If you enjoy books like Renaissance arms and armor, have a polearm fetish, enjoyed Mary Gentle's The Chronicles of Ash (and alternate history series about a 15th C. female mercenary captain), or gaming in Early Modern Europe, this RPG may be right for you! 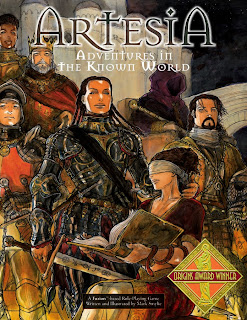 When the game came out, people had mixed feeling about the system, which is Fuzion, the hybrid system that Hero Games and R. Talsorian developed back in the 90s. The system is complex, but it is always good to see someone find a system they like and use the hell out of it to simulate their world.

I've heard rumors that we may see a second edition of the game using Burning Wheel.

RuneQuest 6 would also be a very good fit for the world of Artesia, which has some complex and varied magic systems, spells, spirits, and charms.

There are downloadable sourcebooks on the world of Artesia right here. There are also additional downloadable resources for the game here.

An armed company is the best company!