Sometimes you can feel them behind you. Just don't look. If you look, they may grab hold of you and eat your shadow. The Shadow People congregate near Gates. When you pass through a Gate, close your eyes. Just before crossing the threshold, ignore anything you might see in your peripheral vision. And whatever you do, don't look back! If you see one of the Shadow People, they will be able to touch and hitch a ride on you.

No one is entirely sure where the Shadow People come from or what they are. The Keeper family, as Gate guardians see them the most, and believe they are the ghosts of Spherewalkers who have died far from their homes - or worse yet, have died while walking between the worlds.

Shadow People release their victims once they have passed through into another Realm. But the Spherewalkers they ride are forever changed by the experience: they no longer cast a shadow. Sometimes they also have new memories... of terrible past deeds. 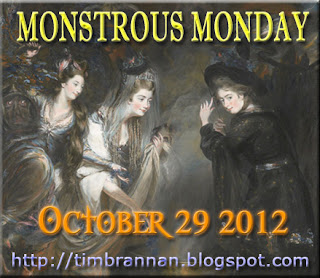 Posted by Tallgeese at 9:48 PM