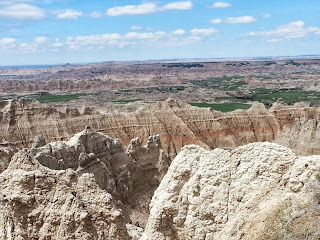 It's All About The Attitude!


This is an example of the extraordinary ceramic art from the exhibit "Ceramica de los Ancestros: Central America's Past Revealed" the new exhibit at the Museum of the American Indian in Washington, D.C. The exhibit features the art of Guatemala, El Salvador, Honduras, Nicaragua, Costa Rica, and Panama.

The Central American region, with the exception of Guatemala, is usually underrepresented or completely ignored in popular discussions of the archaeology and cultural history of the ancient New World. This is tragic, as the region had an incredible material culture, combining aspects of Mesoamerican Aztec and Mayan cultures with those of other groups such as the people of the Nicoya region.

The Aztecs and Mayans had cultural outposts in the zones south of Guatemala. But as far as we know, there weren't huge empires here, as in Central Mexico. The pattern was more one of villages with chieftains, known as caciques.

Unfortunately, the Museum did not have a catalog for the collection, so I can't tell you for sure what animal the creature above is meant to be represent. It looks like a badger, but I believe it is an agouti, a pretty common rodent of Central and South America, which is often represented in art of the Central American region.

But it sure has attitude.

This insouciant creature could have been a Mayan lord!

I'll be sharing more pictures from the exhibit, as the images are getting the creative juices flowing about the region south of The Forest of Kings in my Xeno-Meso setting!
Posted by Tallgeese at 4:17 PM No comments: