The Realm Of Vortex

Vortex is a realm with six months of brutally frigid winter and six months of insufferably humid summer - and there is scantly more than a week or so between these two seasons. People in this realm are convivial and social during the winter months. Villages suffer the cold together, with much fellow spirit. But in summer, people become vindictive and aggressive. Each village is torn apart by multiple feuds. It is a war of all against all until the first winter snows fall.

Spherewalkers should plan their sojourns in Vortex accordingly.

Posted by Tallgeese at 9:28 PM No comments: 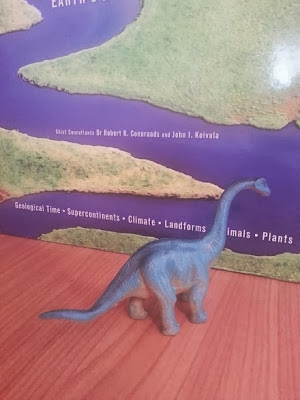 The enormous Serpent-Tapirs aren't native to the Sixth World; they are survivors of the worlds destroyed in past ages. Because their stride is like thunder, they are favored by gods associated with fire, thunder, and lightning, including the fearsome Django-Tlaloc of the Olmeca.

In ancient times, the lords of the Forest of Kings made war on each other's city-states astride these great beasts. Today, only a few of the Mayan city-states still have a Serpent-Tapir. Those who do no longer use their beast for warfare but instead to clear jungle and forest areas and ready them for agriculture. After all, the creatures' enormous bodies give them enormous appetites. And the Serpent-Tapirs not only clear land; they fertilize it as well with their prodigious amounts of excreta.

The Olmeca have four of the beasts which they use for warfare. From enormous war-howdahs astride these beasts, the Olmeca archers and spearmen can rain down iron-tipped death on their enemies, or use great grapple hooks to tear down the steep stone walls of a fortress or city. The mere threat of these creatures is sufficient to keep the tribute flowing from Xochiquetzatlan and the city-states of the Maya folk into the coffers of the Olmeca king.

Unfortunately, the Olmeca are dependent on others to heal these great beasts when they fall ill; the Olmeca retain healer priests from the Forest of Kings for just this purpose, as they have a great deal of ancient lore on care of the Serpent-Tapirs. Another problem the Olmeca have is that the beasts do not breed well in captivity. The Olmeca have sought the help of the sorcerer-priests of the ever-fecund city of Xochiquetzatlan to devise a magical remedy for this problem.

The Olmeca are pursuing other alternatives as well. One is to summon Serpent-Tapirs from the stone-bones of their kind who perished long ago. Discovering these often requires lengthy and expensive rock hunting expeditions to the deserts, hills, and badlands of the great continent to the north, as well as the cooperation of the few sorcerers among the Xochiquetzatlani and Maya who know the ancient summoning spells.

Finally, the Olmeca are also commissioning Serpent-Tapir egg hunts in the jungles in the deep south of the isthmus, and to the great southern continent beyond there. Their shamans have had visions of large herds of the beasts still alive in the wilds of these far lands...

This post is part of the cross-blog community project Dollar Store Dungeons. It is but one example of how a $1 plastic dinosaur - and a plant eater at that - can be put to good use as a gaming prop and inspiration for world-building. Other uses for this beastie might be in games of Hollow Earth Expedition, Rocket Age, or the forthcoming Ubiquity game system implementation of Space: 1889. We know that both the Hollow Earth and Venus have creatures like these. Hopefully humans do not hunt them to extinction.

Posted by Tallgeese at 1:07 PM No comments: